In spite of awful weather

Even though raindrops were falling, people still managed to come out to Kamm Island Park and celebrate Mayfest. Altogether, about $6,000-7,000 were raised on behalf of the Pantry and Jessie’s Warriors.

“Of all the beerfests, this is the best venue,” said event organizer Jim Herter.

Jim said the park was fitting because the old Kamm and Schellinger Brewery, now a museum, was located right around the corner at the 100 Center.

At the beginning of the event, the rain kept on keeping on. Event-goers dodged the pellets as best as they could. Thirty minutes later, the sun poked out of the clouds a little.

It was a sign. Amidst terrible conditions, natural goodness showed its face for charity.

Topping the event off, was the music. Despite having to stay inside, the two local bands still managed to play a pretty gnarly set-list.

We raised the money we needed to raise, and everybody had an enjoyable time drinking beer and socializing with one another.

Feet were drenched from the rain pellets, but we send a special thanks to all who showed up. You gave back to your community in spite of awful weather. 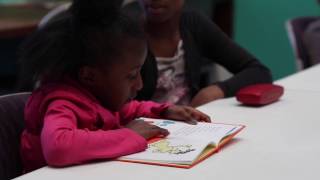 Better on a Budget